Mountainous landscapes, a mix of traditions borrowed from nomadic culture and Soviet Era:
Welcome to Kyrgyzstan!

While volunteering in a hostel in Kyrgyzstan, we were struck by the interest and enthusiasm of a majority of travelers for attractions involving animals – such as multi-day horse treks with tired horses, or souvenir photo sessions with an eagle on arm… Choices that often exasperated us, but also raised many questions!… 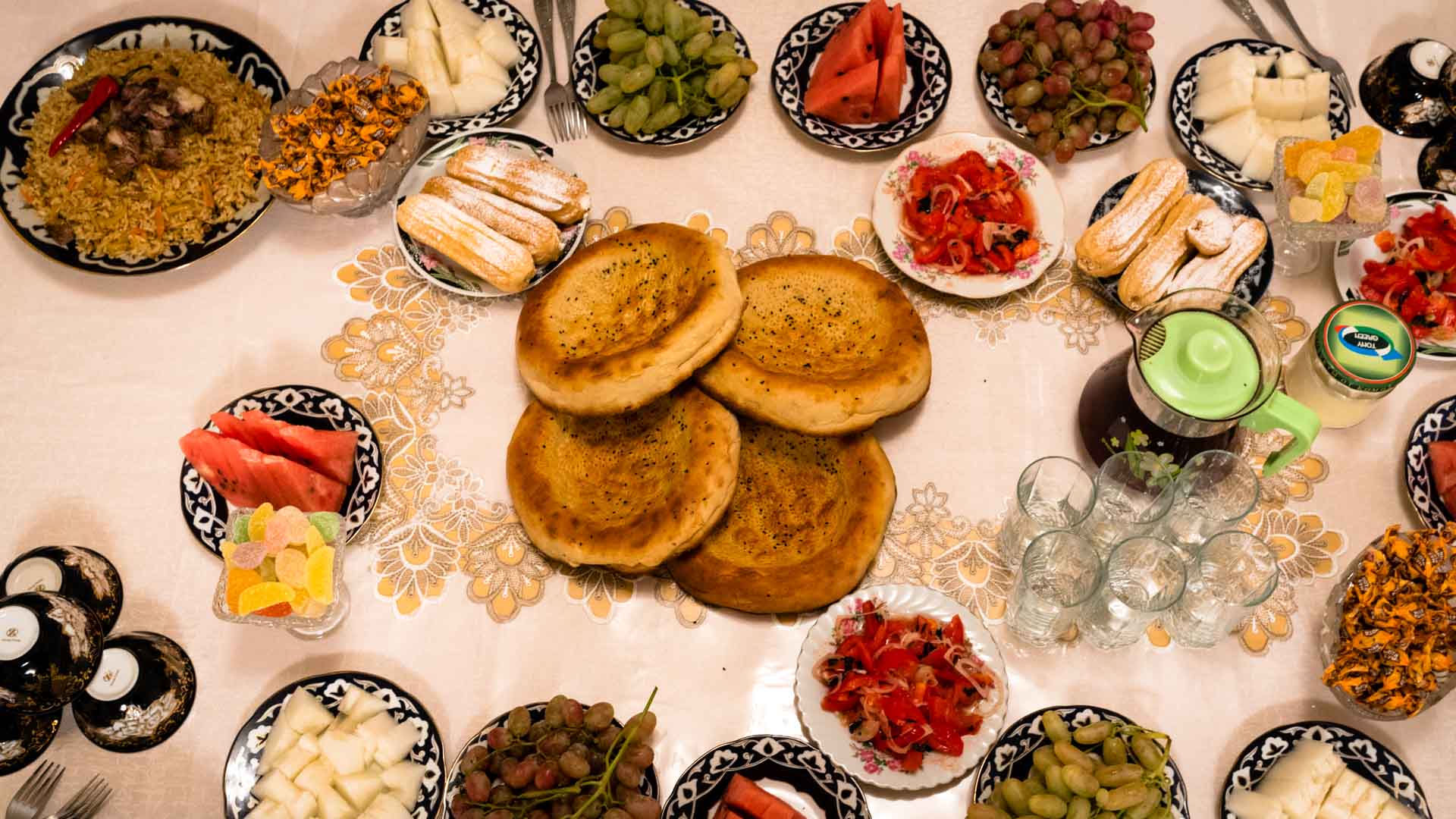 Central Asia cuisine consists of simple and tasty, often hearty dishes – the kind of dishes that help you get through a harsh winter in the heart of the steppes. A mixture of Turkish-Asian-Russian influence and nomadic traditions, there is a lot of grilled meat (mutton, horse) but also vegetarian dishes made of fresh vegetables and herbs that colour the stalls of street bazaars. We took pleasure in watching these foods being meticulously prepared and then cooked in steam, in a wok or tandoor (traditional oven used in Uzbekistan). But most of all, we enjoyed eating them by hand – the traditional way of tasting food in Central Asia! 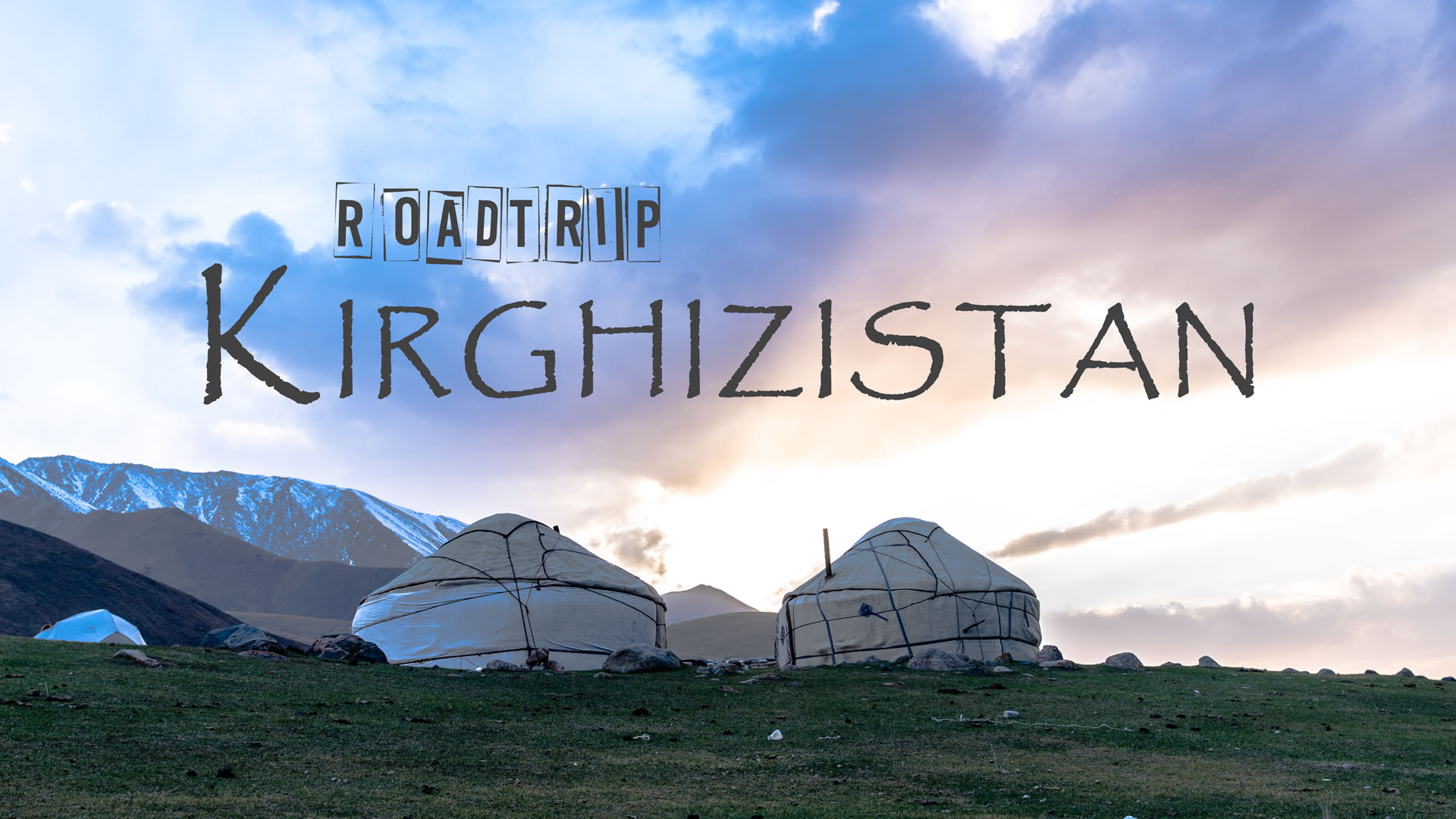 Getting higher – Roadtrip in Kyrgyzstan 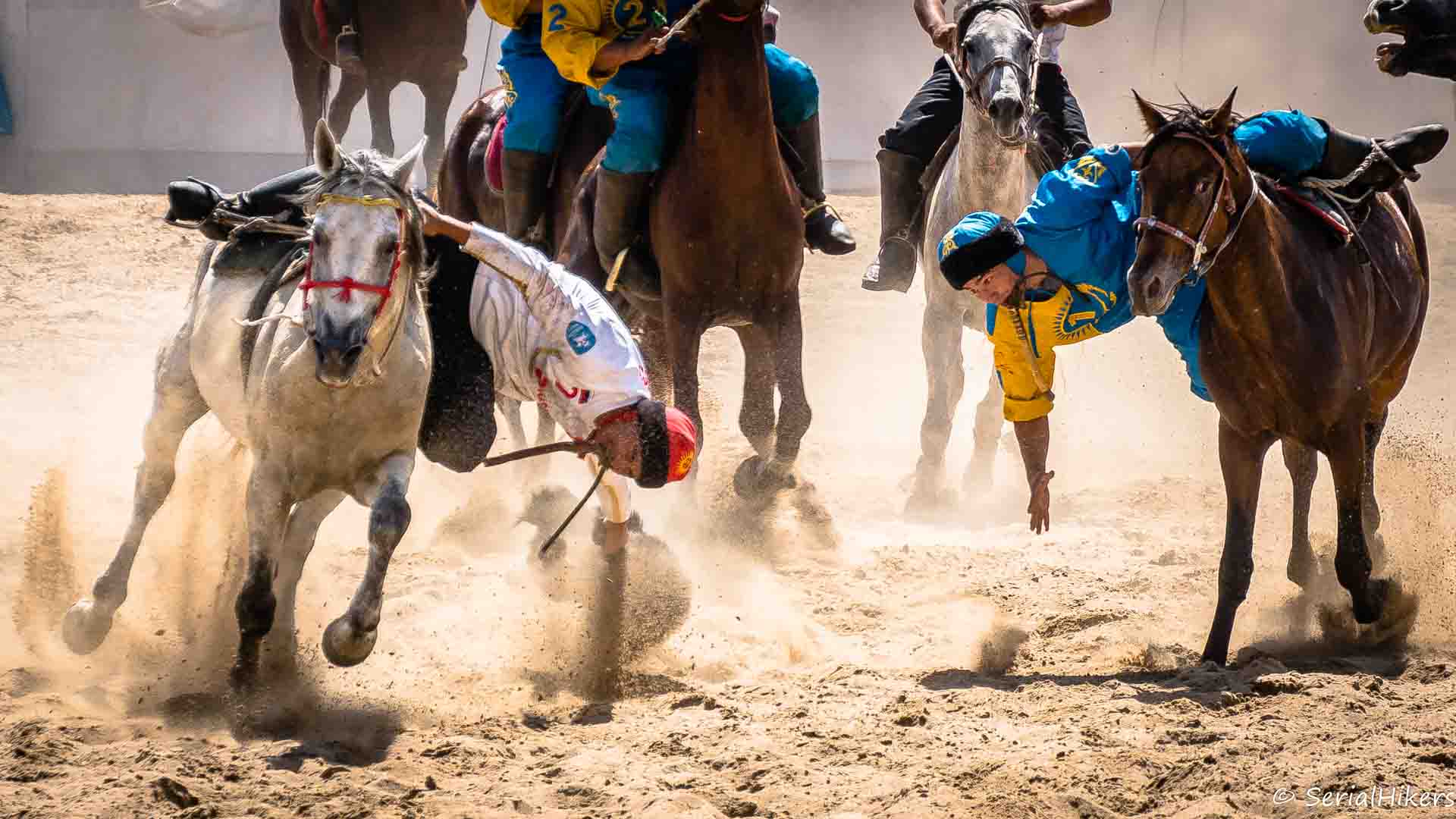 Unusual experience: World Nomad Games, there we were! – Kyrgyzstan

In 2012, Kyrgyzstan embarked on a major project to establish World Nomad Games, an sports event similar to the Olympic Games, in order to preserve and promote sports that are part of all around the world nomadic people cultures. These include horse-riding, hunting, wrestling, archery, tug-of-war and intellectual games (ossicle, marble games). For the third edition this year, the World Nomad Games brought together more than 2,000 athletes from 77 different countries, including France. And we were there! 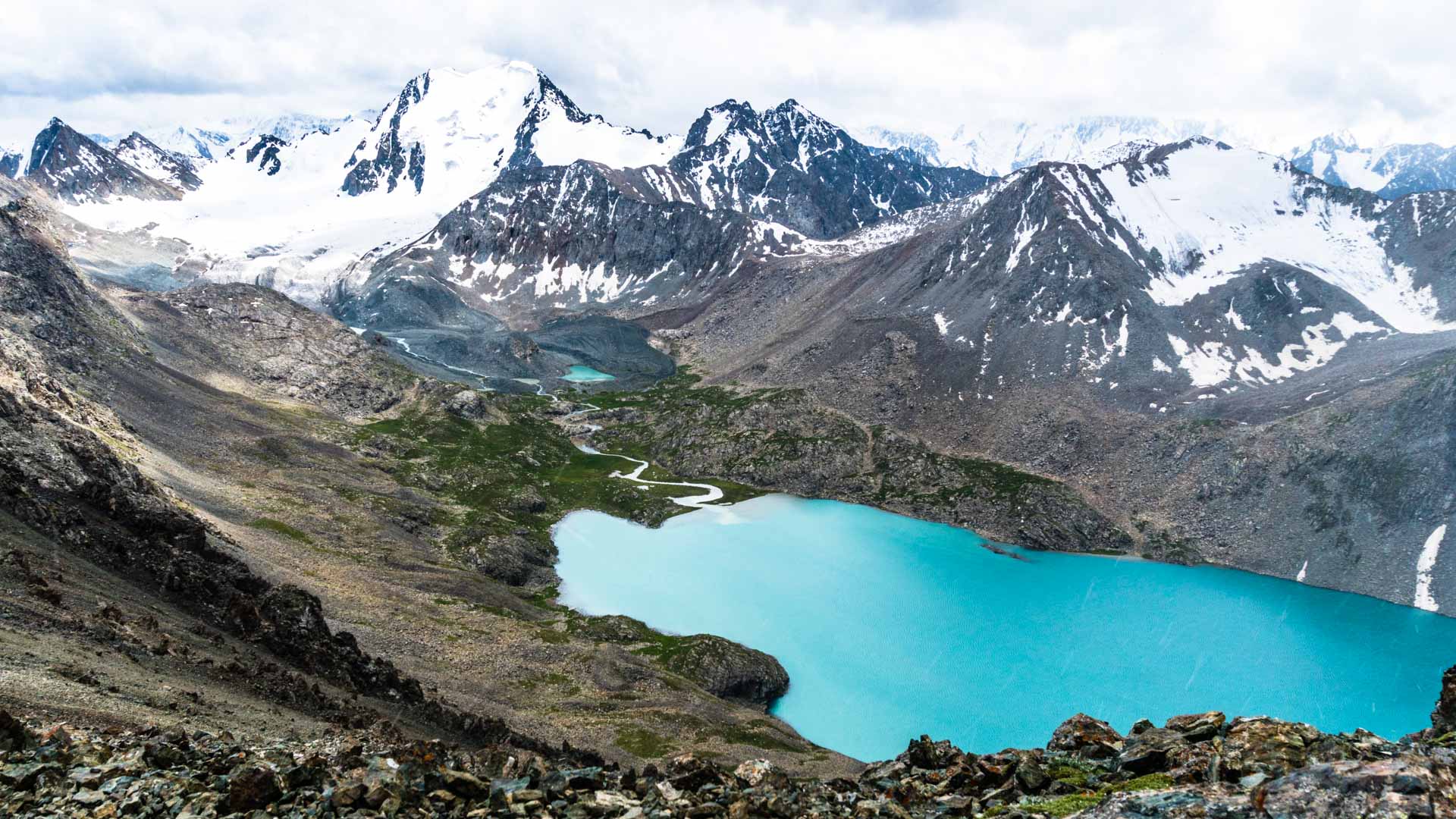 From Ala Kul to Altyn Arashan hotsprings: our trekking guide – Kyrgyzstan

Planning a trip to Kyrgyzstan? You’ve probably heard about the famous Ala Kul trekking and Altyn Arashan hotsprings – and maybe you’re even planning to go there!… We understand you: having the opportunity to hike in the green Kyrgyz mountains, walking on a ridge, somewhere at 3900m above sea level; picnicking on the shores of a high altitude lake and meeting Kyrgyz nomads doesn’t happen every day!… On the other hand, you may not know that it’s possible to make this trek without a guide and in complete autonomy? The exact location of the free hotsprings in Altyn Arashan? Nor how to prepare this trek, in how many days, with what equipment? All the answers to your questions can be found in this trek guide!

Read More »From Ala Kul to Altyn Arashan hotsprings: our trekking guide – Kyrgyzstan